Parts of the Tank 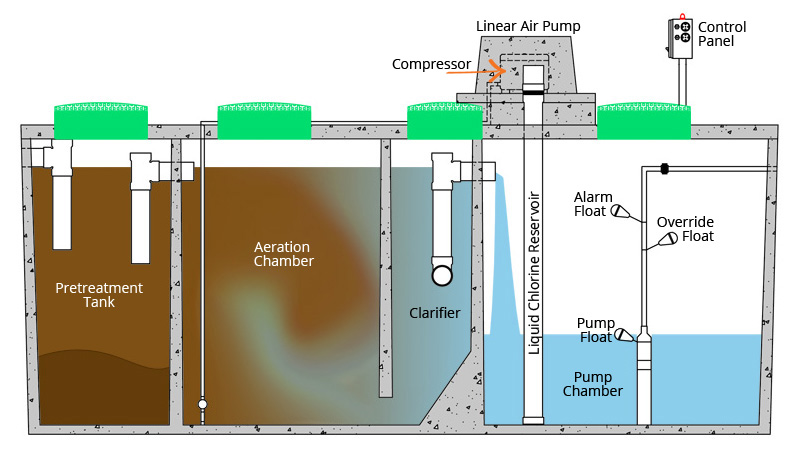 In the clarifier the solids separate from the liquid again and settle to the bottom of the clarifier, that matter is called sludge. This sludge contains dissolved oxygen and this oxygen activates the bacteria it contains. This activated sludge is returned to the aeration chamber to be re-mixed. The sludge mixes with the incoming wastewater and this mixture of sludge and wastewater is referred to as mixing liquor. This mixed liquor flows back into the clarifier, the solids separate and return again to the aeration chamber.

The water that separates from the solids in the clarifier flows out of the wastewater treatment plant into the pump compartment and is referred to as effluent. The water is then chlorinated and sent to the disposal are, most likely sprinklers.

Next: Steps of the System